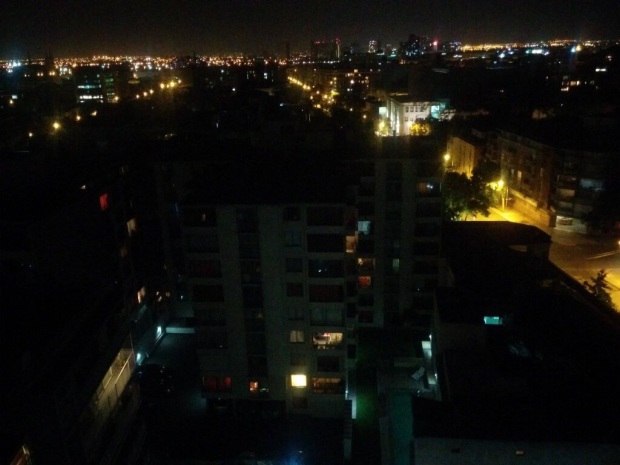 A little while back, a series of photos showing couples playing with their smartphones went viral. The artist had removed the smartphone from the image, instantly making them look ghostly and empty. It was all terribly clever and it dominated Facebook and Twitter for a week or so.

Of course, you could remove books from images of couples reading them and that too would look ghostly and empty. But no matter. The image clearly spoke to people and was shared widely. Much of this sharing would have taken place on smartphones, but it’s not worth getting bogged down in such obvious cynicism. It’s perfectly valid to be wary of something you partake in. That’s pretty much how I get through Grand Theft Auto.

Look around at any public scene, anywhere in the world, and you will likely see a lot of people with their faces buried in their smartphones. The growing consensus is that we are not as present as we used to be, that we are ignoring real relationships for virtual ones with vague acquaintances on screen. 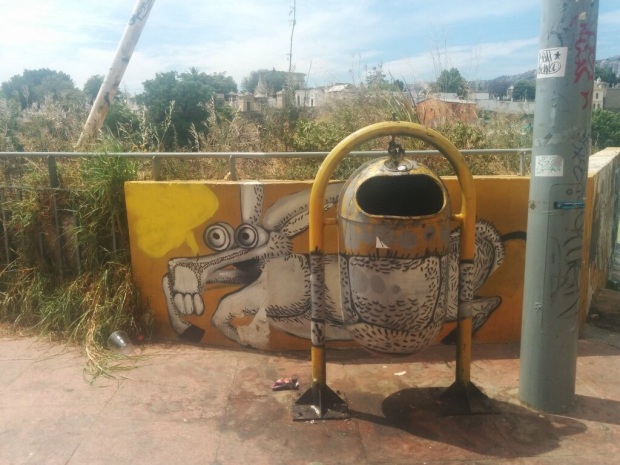 Valparaiso. An extraordinary city in which almost every inch of wall space is covered in graffiti.

It can look weird. It’s always strange when technology introduces a major change in the way people behave, especially physically. And indeed a lot of online interactions are odd. Relationships which used to be fleeting – someone you had a fling with ten years ago, or that you played with when you were ten – are now often silent satellites of your current social interactions, connected to you well past the point when it should have ended.

And all this comes as social media and bespoke information feeds divide us into political ghettos – tiny self-sufficient echo chambers of thought which are making us ever more intolerant of our differences.

So it’s worth remembering every so often that these tiny devices in our pockets are actually marvellous bits of magic, which generally help develop connections between people rather than rupture them.

This is first time I’ve done proper travelling since I’ve had a smart phone and it is a completely different experience. Back in the day, it was a struggle to meet people from the country you were staying in. It was like a movie. You drifted through these places, watching people but not really interacting with them. You rarely spoke to them, you rarely entered their homes. If you did it was often as some sort of vaguely unethical ‘experience life in the slums’ tourism package, or even a volunteering mission which gap year students paid absurd amounts of money for. Most of your time socialising was with other people roughly your age, from countries roughly like your own, in a hostel patio.

Valparaiso, Valpa to the locals, is like a mix of Rio de Janeiro, Montreal and Portsmouth

Air BnB changed all that. There’s no reason to a hostel anymore. For less money you can stay with people themselves in their spare rooms. It might not be an exact replica of life in the country you’re visiting. They’re more likely to be young and internationally-minded than the rest of the population, for instance. But it is a chance to socialise with the people who you would otherwise just have looked at from a café. You get to ask them questions about their lives  and learn about them beyond the crude generalisations you had before. And you actually end up with a pretty workable idea of what life in the country you’re travelling in is like.

It also means, in this case, that I’m speaking Spanish all the time. It’s exhausting. Every conversation is an intellectual exercise of fitting my meaning into the limited words I know. It’s particular odd for me, because I never really learned those words as a foreign language. Spanish was my first language, but I lost it all when I went to live in the UK at the age of four and learned English (off Andy Peters and Phillip Schofield on CBBC – cheers lads). So I’m constantly surprised to discover that certain words have been dug up and are now available to me again, or, more commonly, that they’re not. Alarmingly, it sometimes feels like I’m in a protracted negotiation with the filing cabinet of my own brain. 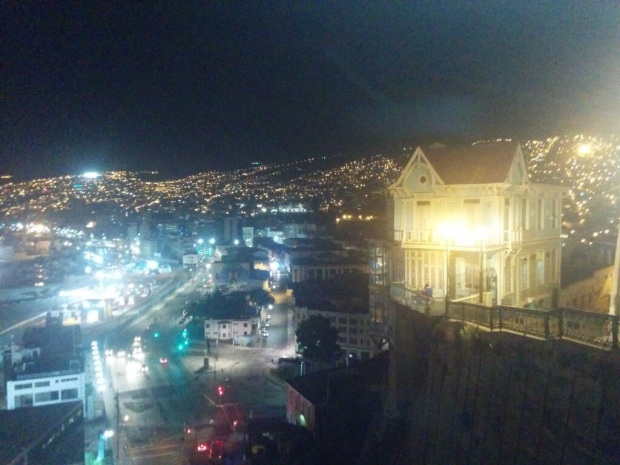 There’s a kind of social exasperation to being plunged into using a language you have not mastered. I’ve noticed that when I break off from unsuccessfully trying to formulate a Spanish sentence and mutter something irritably in English, people look visibly happy and relieved, as if it’s proof that I’m not simple. We know that people who are struggling with language are not idiots, but sometimes we forget.

There is a definite loneliness to not being able to make yourself properly understood, as if you walk around in a membrane through which only half the information gets in. Bar situations are particularly difficult. Large groups are basically incomprehensible, as is any conversation where there’s loud music. In both cases I pretty much have to check out.

So WhatsApp, Twitter and Facebook are a life saver. It allows you to dip into conversations with friends where you can make yourself perfectly well understood, or political arguments where you are no longer suspected of being simple-minded (stop laughing at the back). It’s like lots of mini holidays from the stresses and strains of struggling in a foreign language.

It’s also terribly nice, when you are constantly starting relationships large and small on the road, to be able to chat to people who’ve known you for a long time, and know you well, without having to go to an internet café or pour coins into a pay phone.

At any moment that I’m on my phone doing these things I am disconnected from my immediate environment. While I organise the place I’m staying next, or having a much needed chat with an old friend, I am that ghoul staring blankly at the smart phone. But it’s not disconnection that’s taking place, it’s simply a temporarily non-visible connection. To look at this device – which is creating face-to-face and virtual relationships where previously none existed – and conclude that it is separating us off from one another is superficial.

Once the shock of the iPhone came out, the changes smart phones introduced mostly came through apps. That slow pace of change has arguably made us complacent about how positively this device is changing the world around us. But take a step back and it’s a plainly a supremely human bit of technology. We hardly use the phone function of these devices anymore. But the fact this revolutionary bit of technology developed through a phone handset tells you everything you need to know about its positive implications. It brings people together more than it isolates them.

And anyway, think back to before smart phones were invented. Were you constantly starting up conversations with people on the street? Were you fuck.