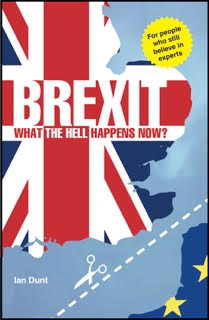 Page 11: In a sentence on companies that still make physical products in Britain I included British American Tobacco. This is a bona fide 100% cock up. BAT decided to close its last UK tobacco factory, in Southampton, in 2005.

Page 138-139: I laid out a few issues with the EU’s Community Plant Variety Office in this section. As it happens, a month after the book was published, the UK unexpectedly signed up to the new European Unified Patent Court. That means that Brits will still have an avenue to get their patents recognised across Europe. The court specifically recognises European Court of Justice jurisdiction on the interpretation of EU law on plant variety as well, so this quite esoteric area of an already esoteric issue is actually directly addressed. Quite how we’re going to stay in this system given that Theresa May promised to remove us from the European Court of Justice’s jurisdiction is another matter entirely. The whole subject is a mess. I mapped out its various complexities in this Politics.co.uk piece and then quickly felt like I might jump off a tall building.